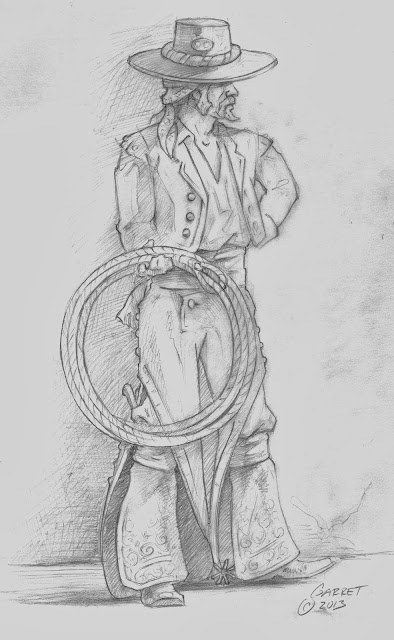 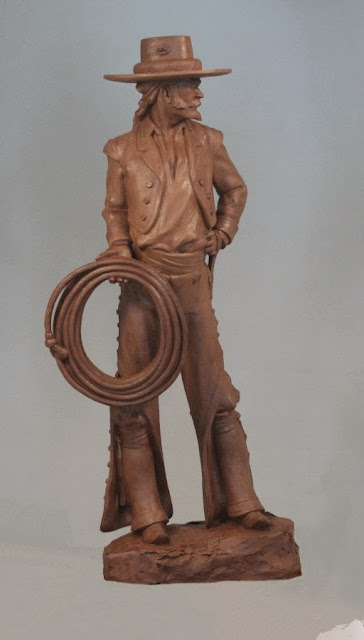 Artists tend to like their work that they have recently completed the best. Unlike many professions, the artist tends to get better as he gets older. This means toward the end of his life he no longer cares for most of his work.So, this means that when he is forced to attend thatmajor retrospective of his life’s work he could be driven to despair The photo above is a sculpture of a Vaquero I did several years ago. However, I no longer care for it and have tried to improve upon it with the drawing at the top. By slightly altering the fabric and gesture of the pose, I think it is an improvement.
I have attempted to capture the dignity and grandeur that was once the Spanish West, between the years 1830 and 1845 before the Anglo migration (or invasion). This is a depiction of a wealthy Californio Ranchos owner 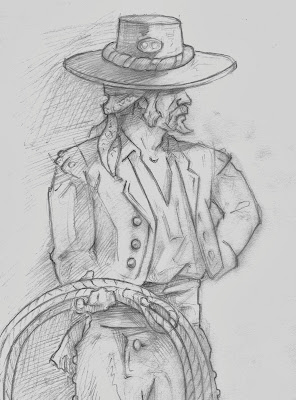 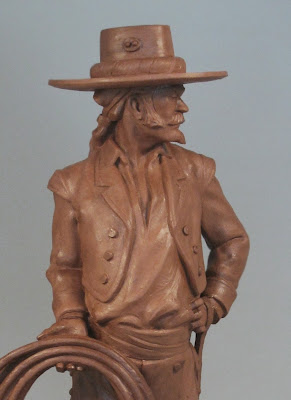 Posted by garret mcfann at 3:38 PM