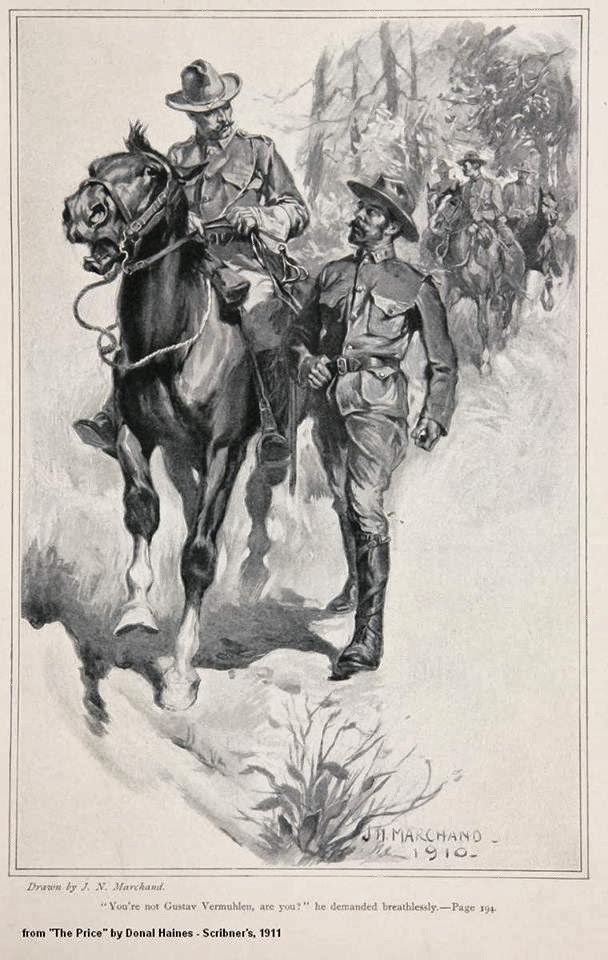 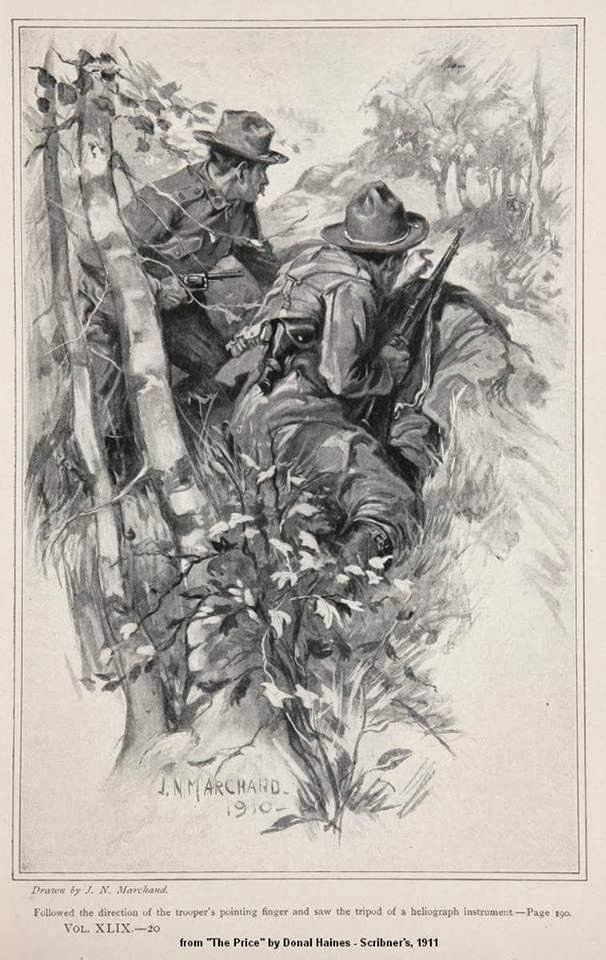 It looks to be ink wash drawing/painting

John Norval Marchand was born in Leavenworth, Kansas in 1875. He was a member of the Society of Illustrators. His birthplace in Kansas was Western frontier country when he was young and so he got to see the end of it. At the age of 16, his family moved to St. Paul where he attended high school and worked at the Minneapolis Journal. He also studied at the Harwood Art School. As a staff artist for the New York World at the age of 20 he also studied with Albert Levering from 1897 to 1899 at the Munich Academy. When he returned to New York City, he worked as a book and magazine illustrator. Traveling west on sketching trips was where in 1902 he met Charles Russell. Marchand suggested to Russell to come to New York City. Marchand hosted Russell at the Marchand studio with also Albert Levering and Will Crawford. Marchand illustrated 35 books including "Girl of the Golden West" and "Arizona: A Romance of the Great Southwest." Marchand died in Westport, Connecticut in 1921.

Source: "Samuels' Encylopedia of Artists of the American West" by Peggy and Harold Samuels; 197 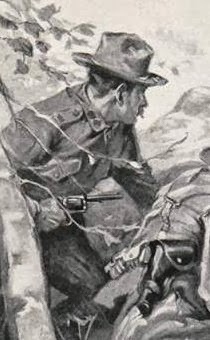 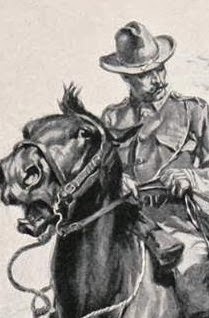 Posted by garret mcfann at 5:29 PM