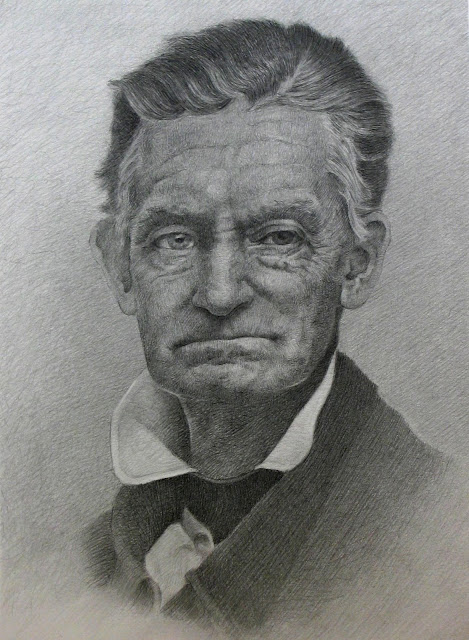 GARRET
CLICK ON PIC
John Brown was an America abolitionist and was considered by the North as a martyr and national hero. The South believed he was a wacko nut -job.


If you hold a paper up to this pencil drawing and cover one half of Mr. Brown’s  face, and then the other half you will see the hero on one half and the nut-job on the other.


The two sides of any face are not identical or symmetrical. However, studies have shown the more symmetrical you are, the more advantages you will have in life in regards to sex, marriage, career, income, etc.


American beauty is based on the ancient Greek ideal of symmetry and the golden ratio.  If you are symmetrically challenged and don’t obtain these attributes your possibilities of becoming the next teen idol or United States president are greatly diminished.

Posted by garret mcfann at 1:00 AM