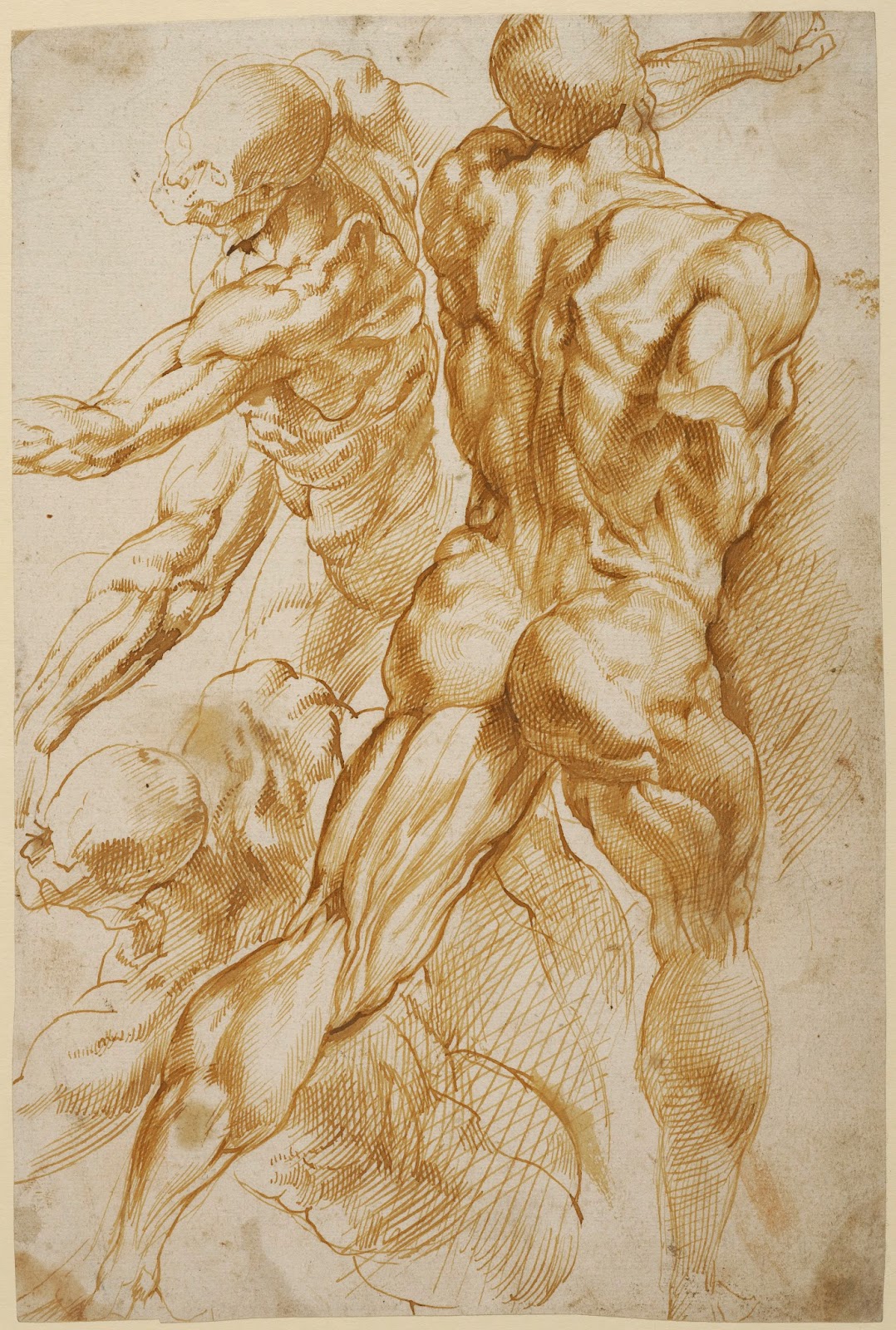 In a technique known by the French term écorché, three figures appear as if without skin. Drawn in luminous light brown ink, the principal figure demonstrates the muscular structure of the back, buttocks, and legs. Fascinated with the structure of the human body, Peter Paul Rubens then drew two subsidiary views of the same powerful form and a detail of the left arm from a different angle.


Rubens produced this drawing sometime during an eight-year stay in Italy, and it shows the strong influence of the new approaches he learned there. The skillfully drawn forms show his complex grasp of the human body in three dimensions. The main figure's truncated right arm suggests the artist's study of broken antique statues, while the surging, heroically proportioned forms and the extensive hatching of the musculature display his familiarity with Michelangelo's drawings. Scholars believe that Rubens produced this anatomical drawing in preparation for an instructional book on human anatomy, which he never published. After the artist's death, a printer published an engraving of this drawing in the mid-1600s.

For more Rubens from this blog go here 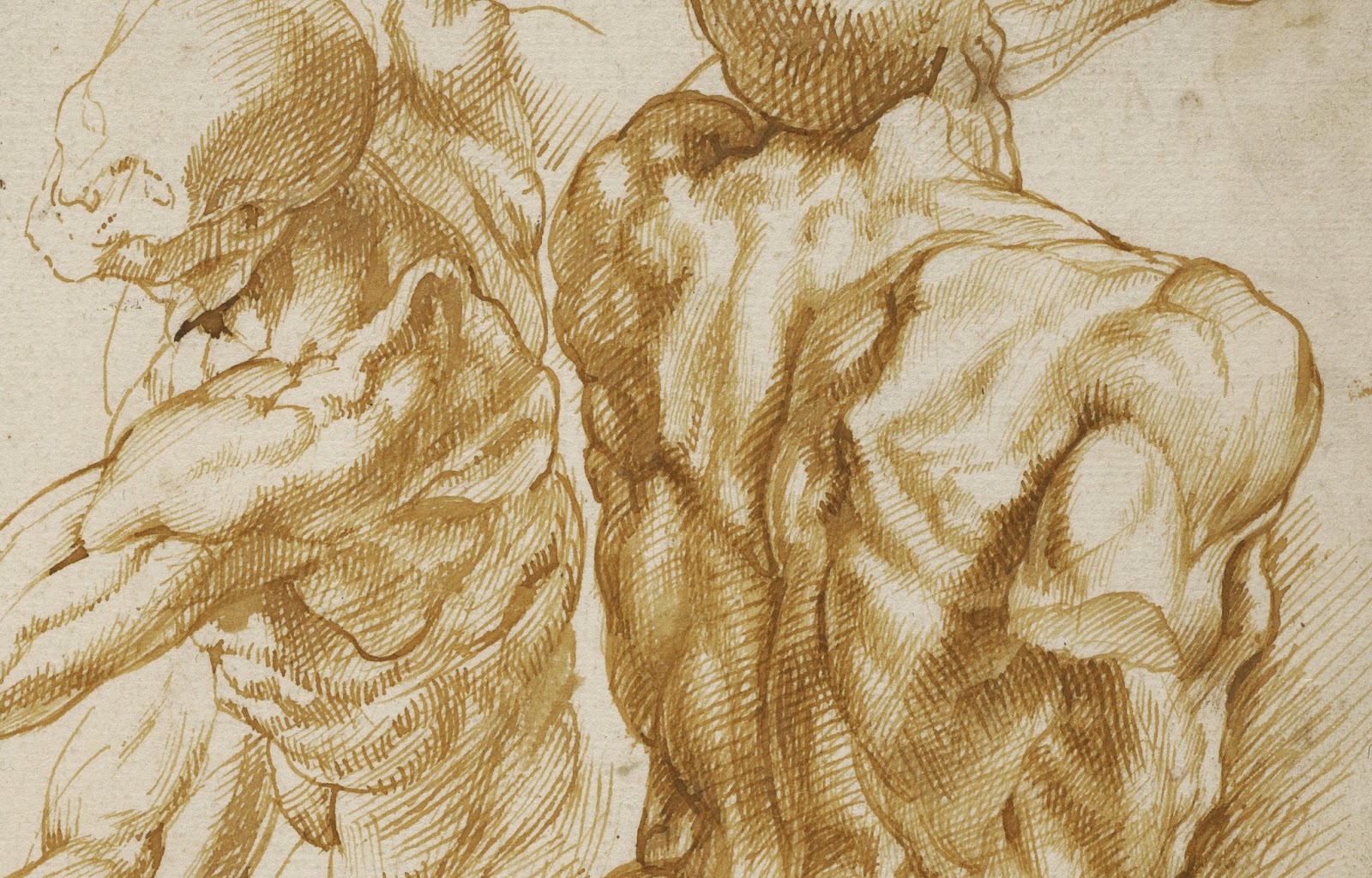 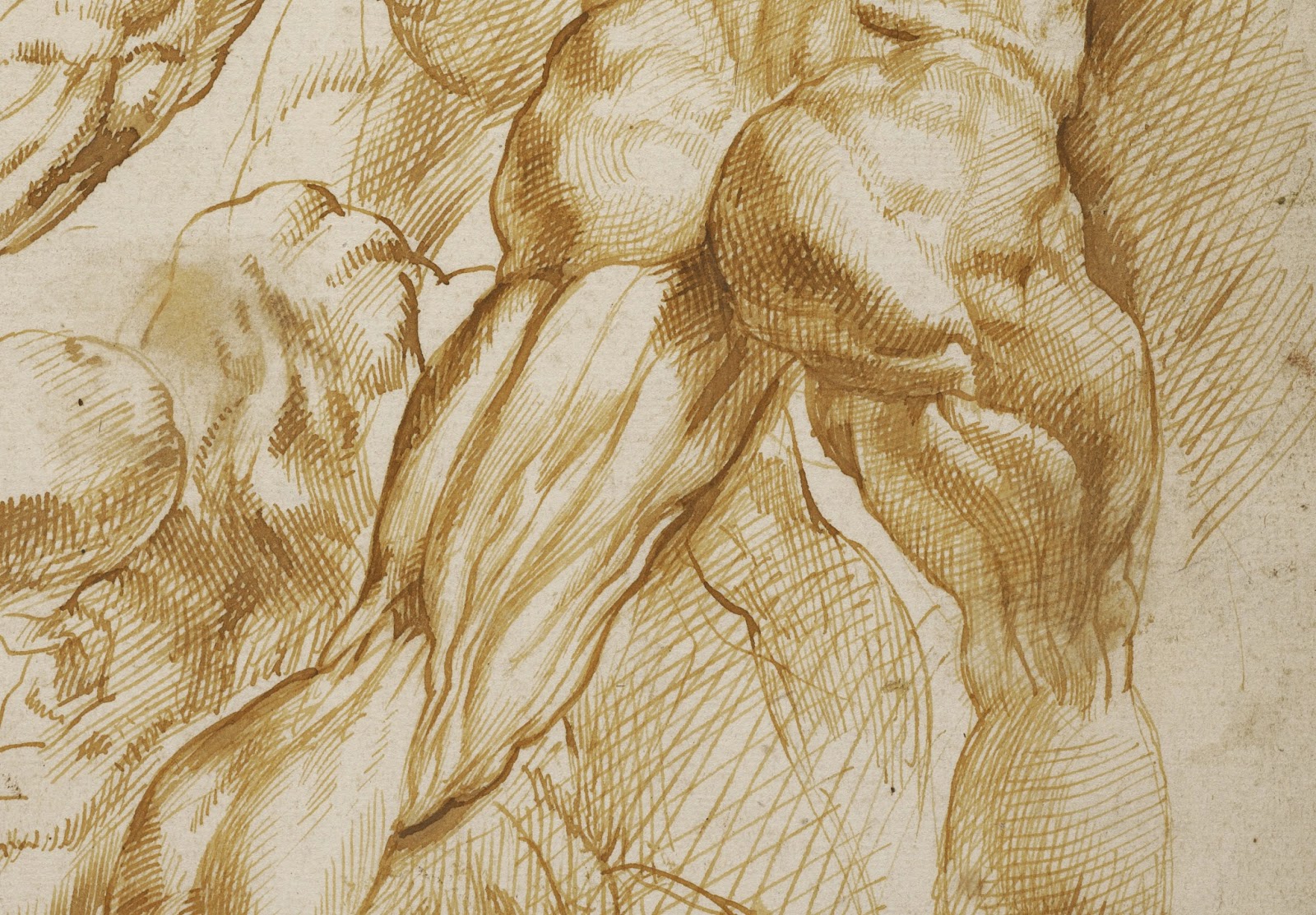 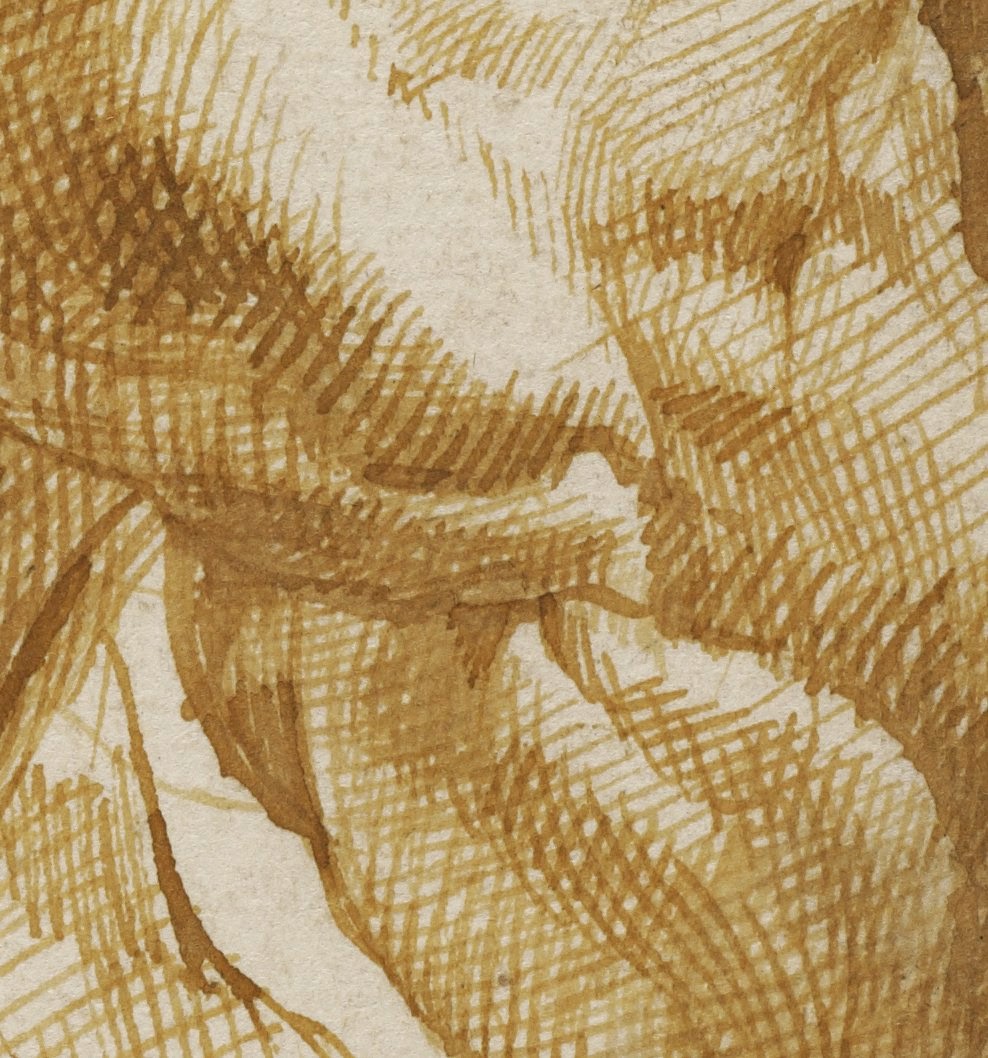 Posted by garret mcfann at 7:42 PM