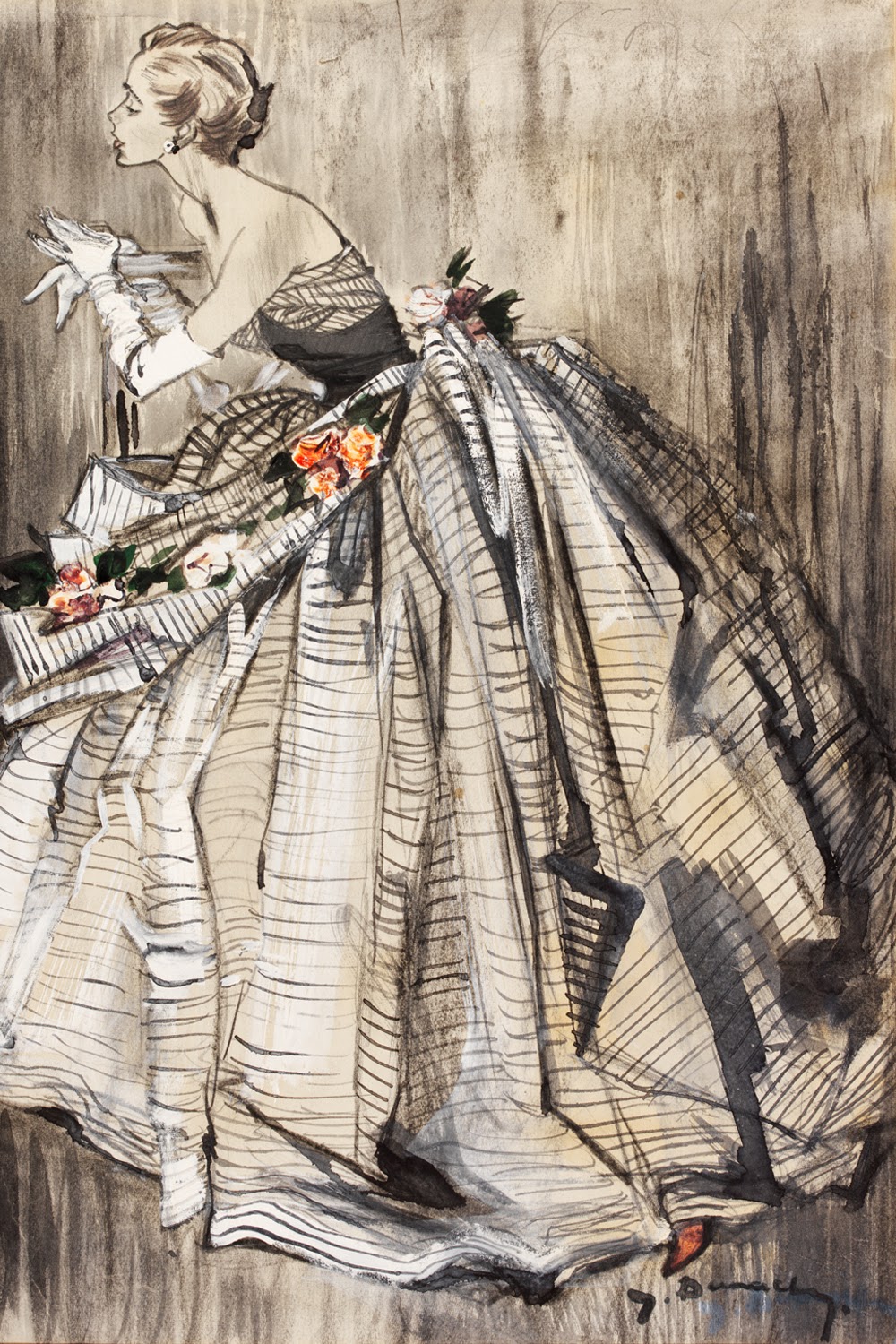 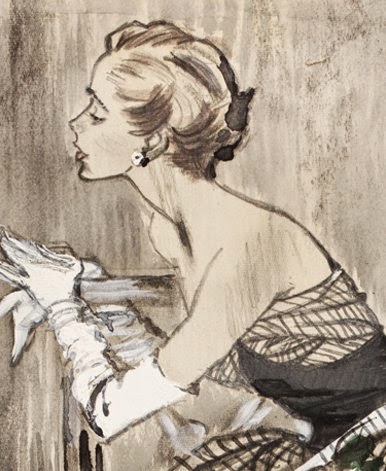 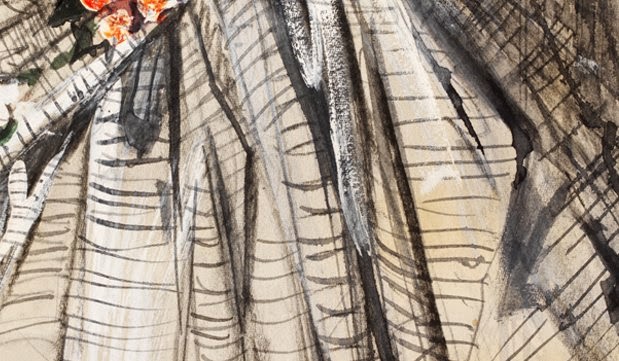 Jean Demarchy (dates unknown) was a 1950s fashion illustrator who worked in soft pastels to create romantic, abstract, images of couture. Arguably, illustrations such as these fitted better with the luxurious and feminine ideal of couture than photography. These illustrations, especially from the Stiebel collection of 1953, display some of those shared aesthetics in the way they convey the soft, tactile nature of the fabrics.
However, the privileged status of fashion drawing faded rapidly during the 1950s, and photography soon gained more prominence in post-war magazines that wanted harder-hitting imagery.