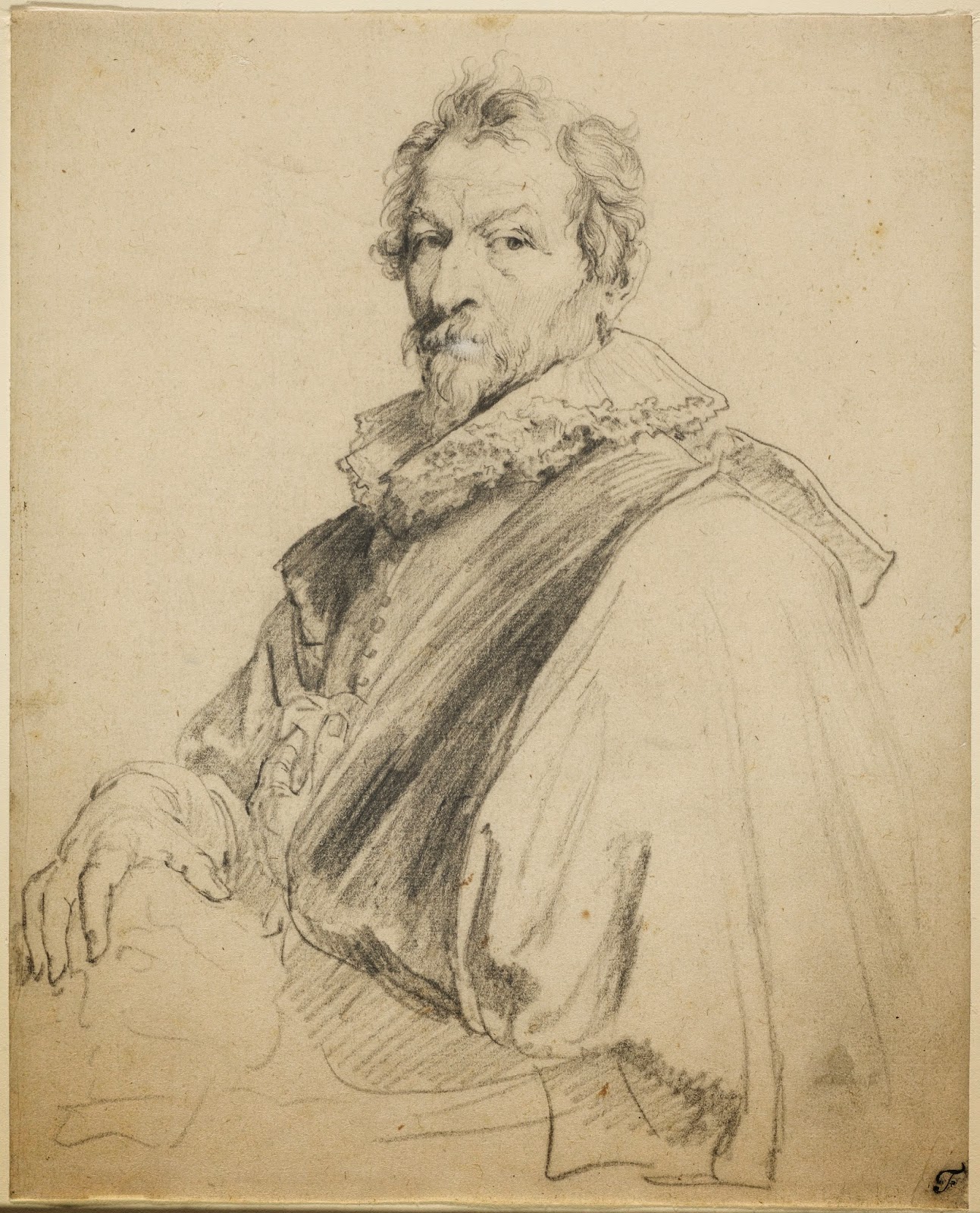 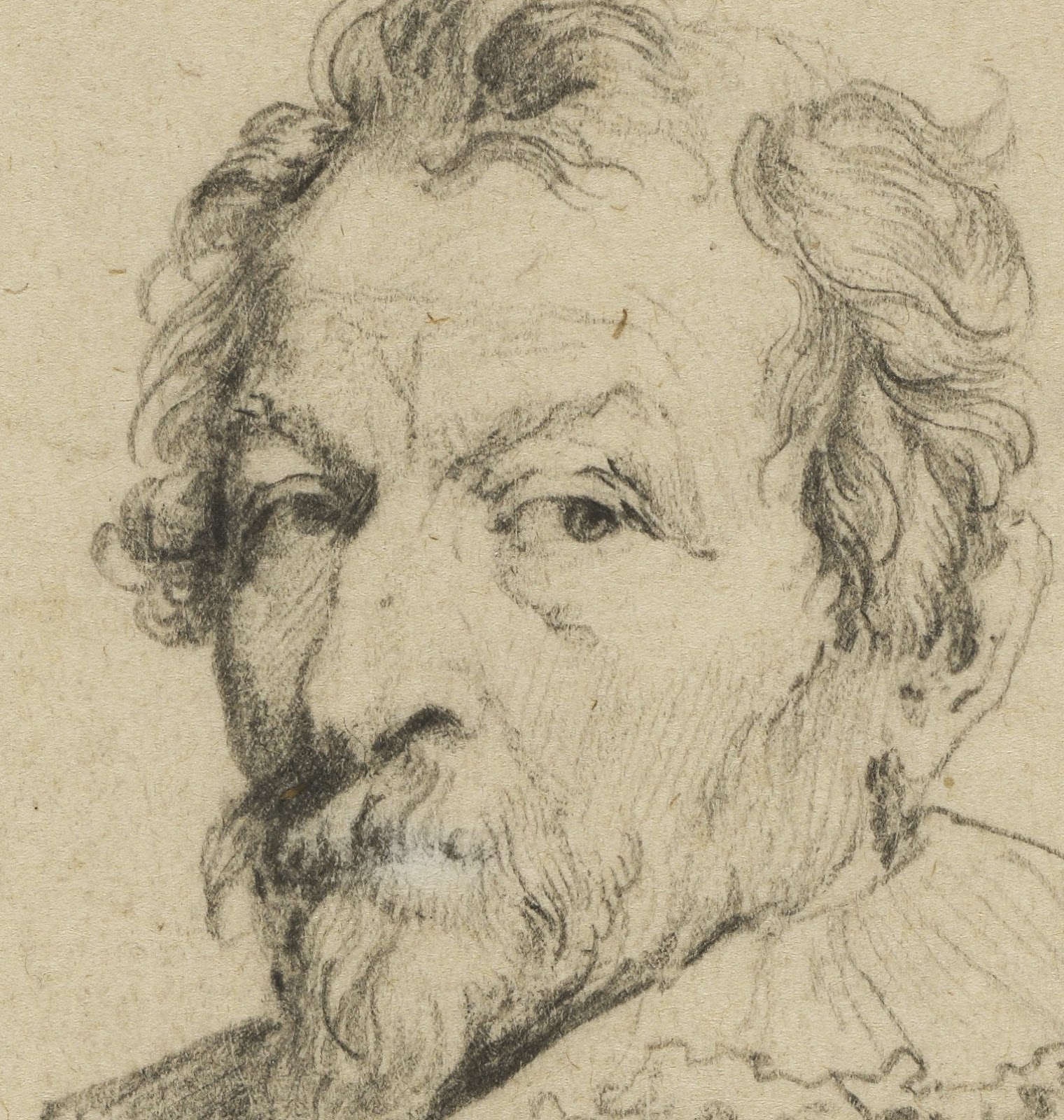 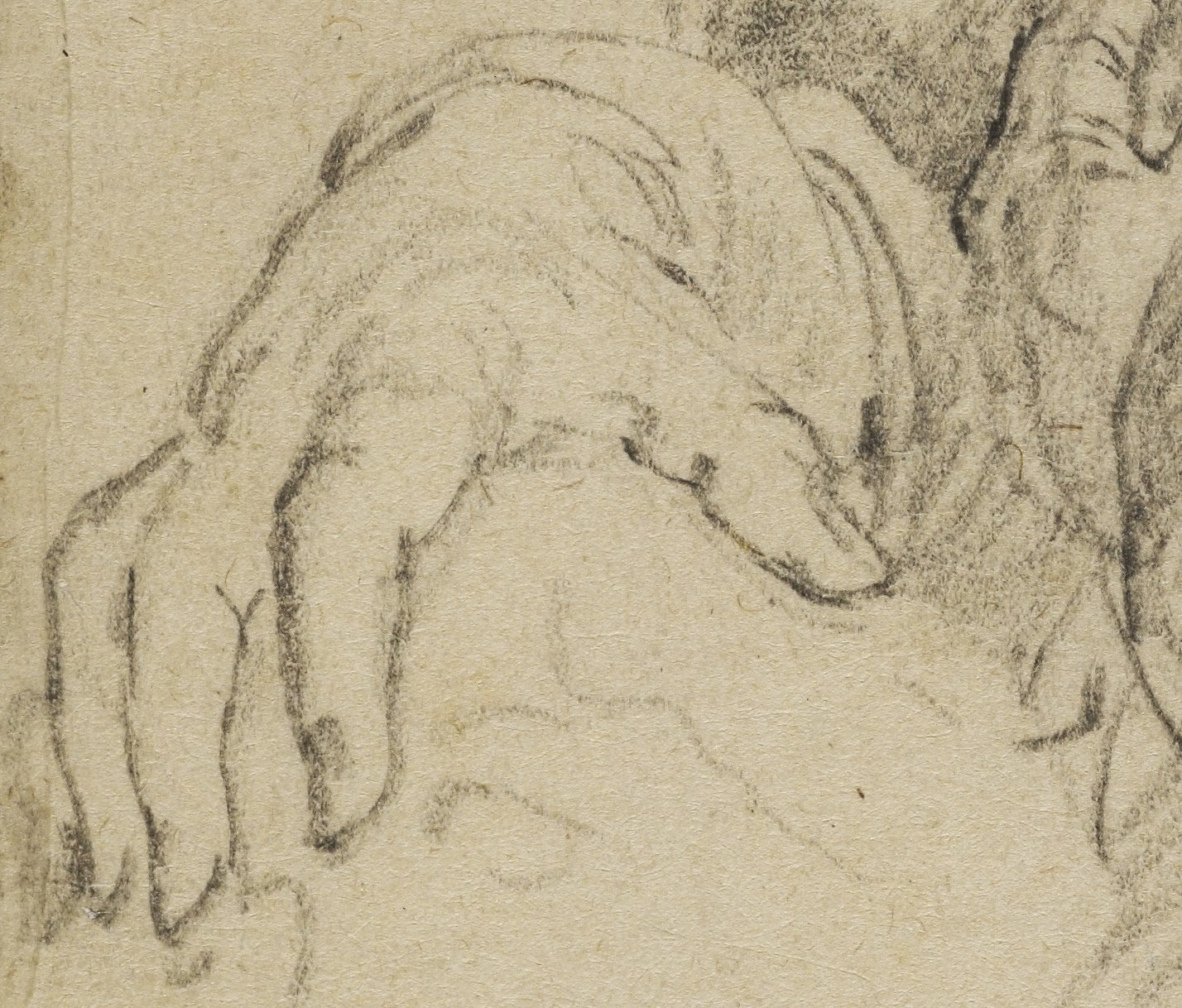 Anthony Van Dyck's former teacher, Hendrick van Balen, lived in Antwerp and painted religious and mythological themes. Van Dyck made this portrait as a study for a print that was part of a series known as The Iconography. This series was a collection of portraits of distinguished artists, soldiers, statesmen, administrators, and scholars of the early 1600s.

Using only black chalk, Van Dyck created a striking characterization of his old teacher. By placing Van Balen's right hand on the head of an antique bust while his left presses a soft cloth close to his chest, Van Dyck effectively suggested the erudition and refined personality of his mentor.
getty