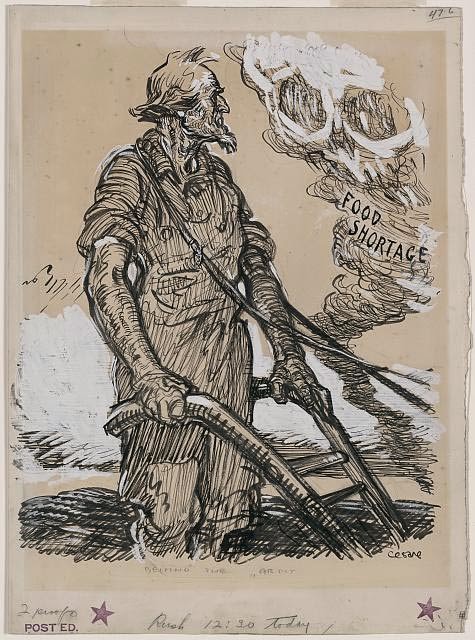 This World War I cartoon by Oscar Edward Cesare depicts Uncle Sam as a farmer behind the plow, gazing at an ominous black spiral cloud labeled "Food Shortages." The United States had entered the war early in 1917, just as the German policy of unrestricted submarine warfare created a food shortage crisis in Europe. Cesare was a widely admired cartoonist and a frequent contributor to such publications as Harper's Weekly and The New York Times. 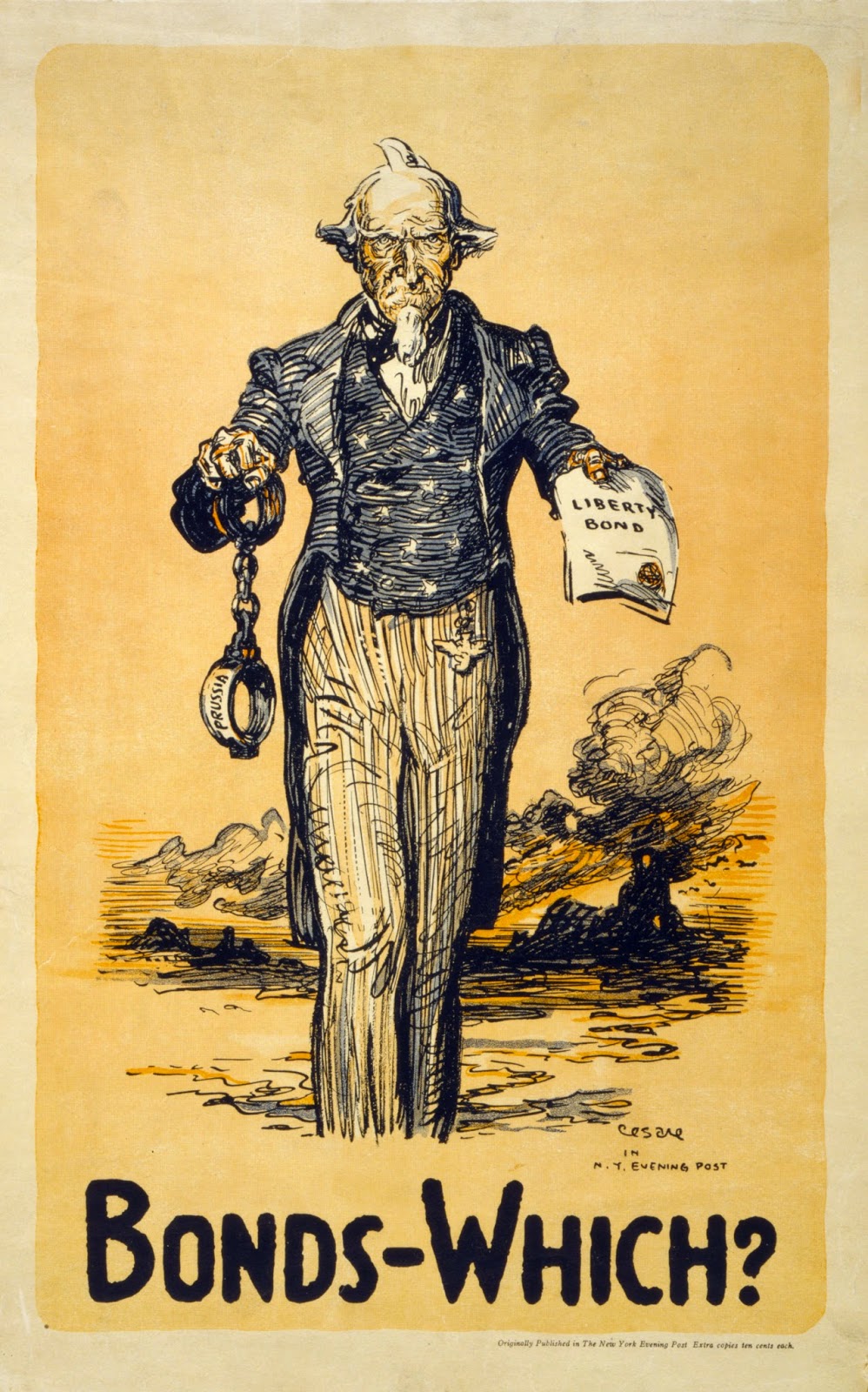 Posted by garret mcfann at 7:38 AM