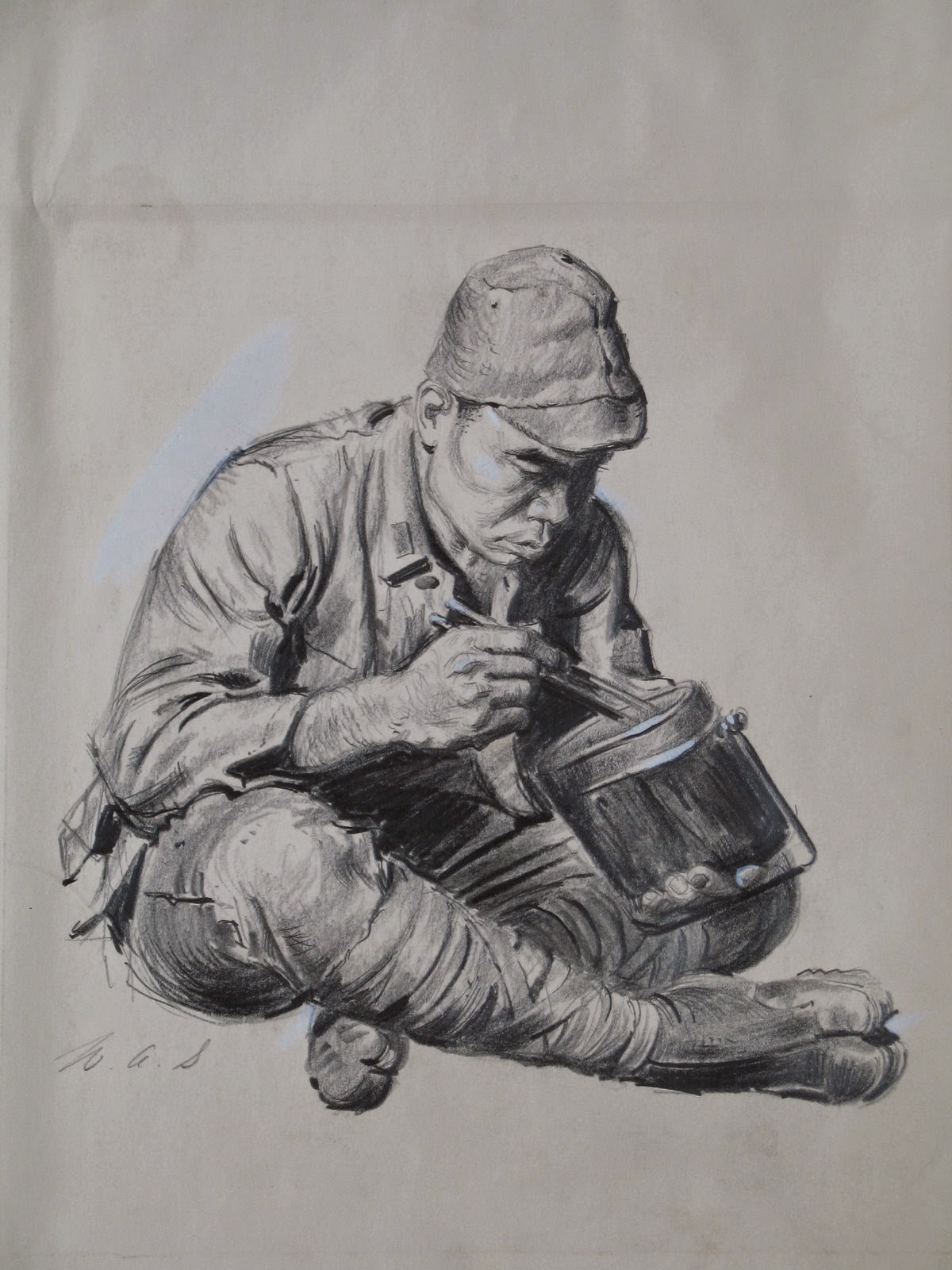 text and scans from: inspirational artist of the day

WILLIAM A. SMITH (1918-1989) Born in Toledo, Ohio in 1918, Smith first studied under the painter Theodore Keane. At the age of 13, he began to exhibit his work in serious competitions. The following year he was employed as a sketch artist by the Scripps-Howard Newspapers to cover the 1932 Los Angeles Olympics, and later he worked for the San Francisco Examiner sketching murder trials. The same year, Smith was accepted as the youngest member of the National Academy of Design. At the age of 19, he moved to Manhattan where he quickly found success as a freelance illustrator for magazines such as The Saturday Evening Post, Good Housekeeping and McCall's. He also continued his easel work which attracted the notice of collectors and art directors alike.

During World War II, he was sent by the OSS to China, where he spent time behind enemy lines working on the propaganda war. 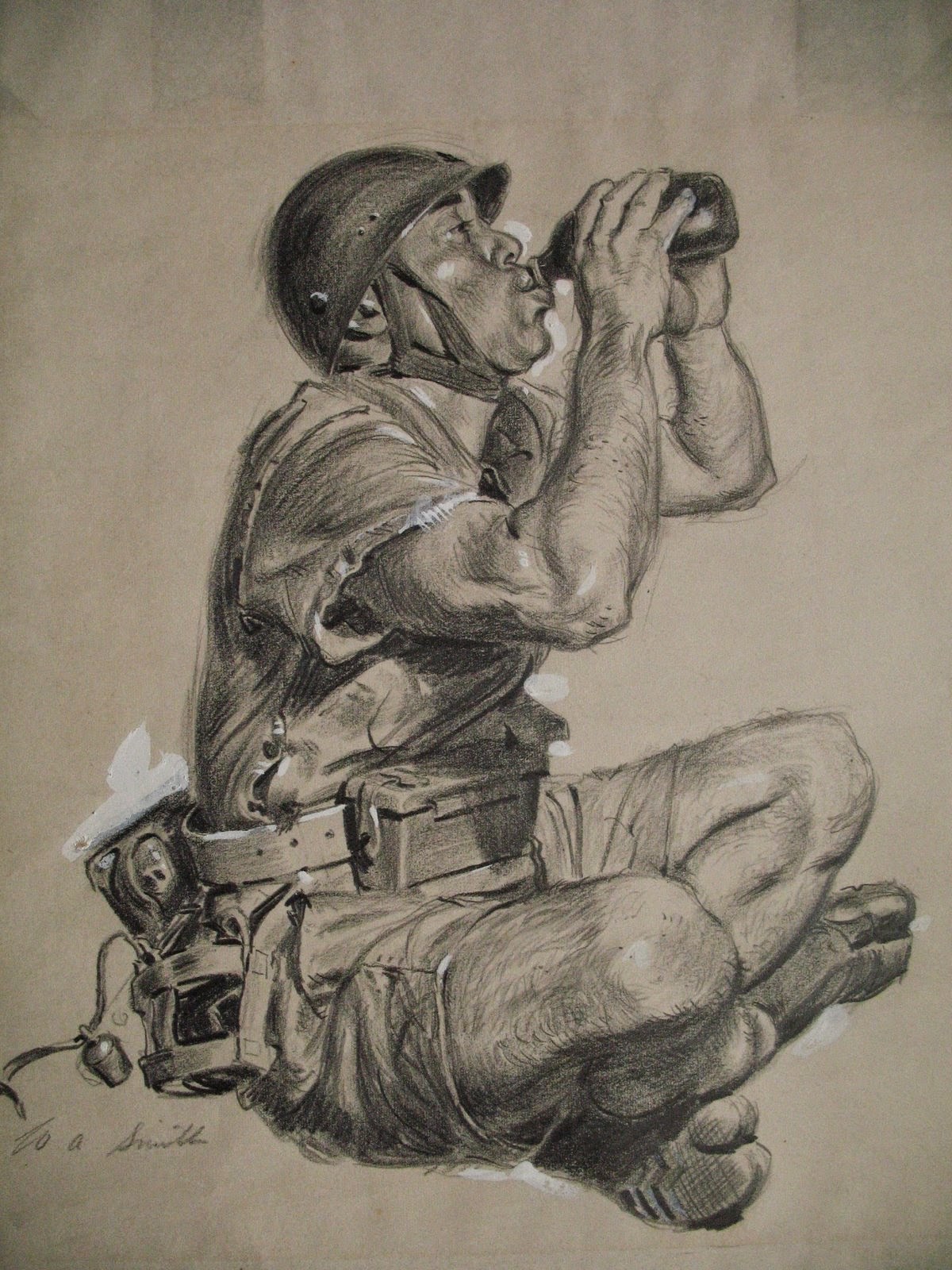 Posted by garret mcfann at 9:25 AM