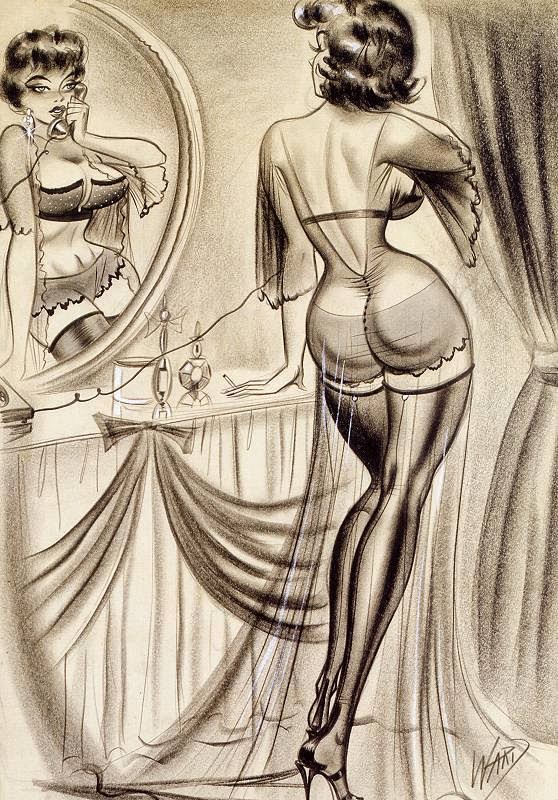 His work has appeared in comics titles such as Humorama Magazine, Sex to Sexty, Joker, and so many other Men's Magazines from the 1950's through the 1970's. Early in his career Bill Ward also worked for Military Comics and he even took over for Reed Crandall on Blackhawk after Crandall had been drafted during WW2.

After the war Ward brought Torchy to comics where she appeared in both Modern and Doll Man for almost 3 years. As Romance titles grew in popularity Ward was pulled off Torchy to work on other titles and the artist Gill Fox, a long time friend of Ward's, took over much of the duty of illustrating Torchy. The Telephone Girl was a recurring theme in many of Bill Ward's pinup illustrations and are some of the most prized pieces of Ward's to Pinup Art Collectors. Bill Ward also contributed to titles such as Cracked in the 1970's. · Updated about a month ago 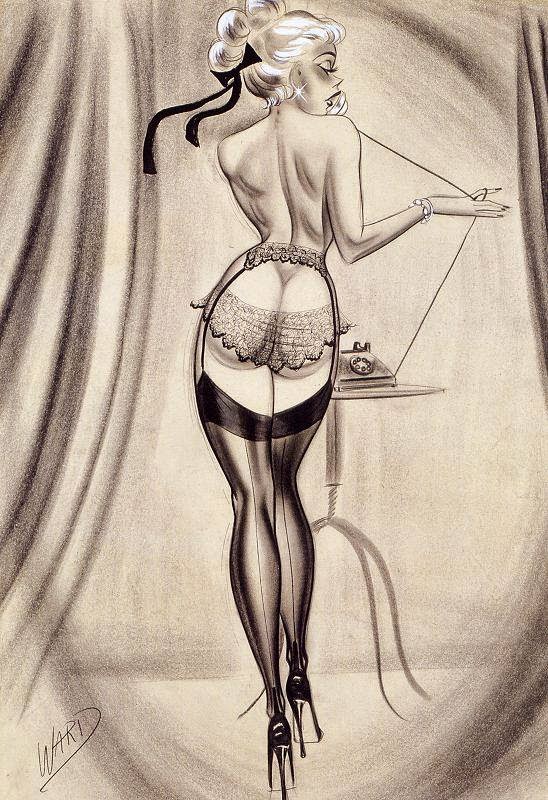 Posted by garret mcfann at 7:21 AM