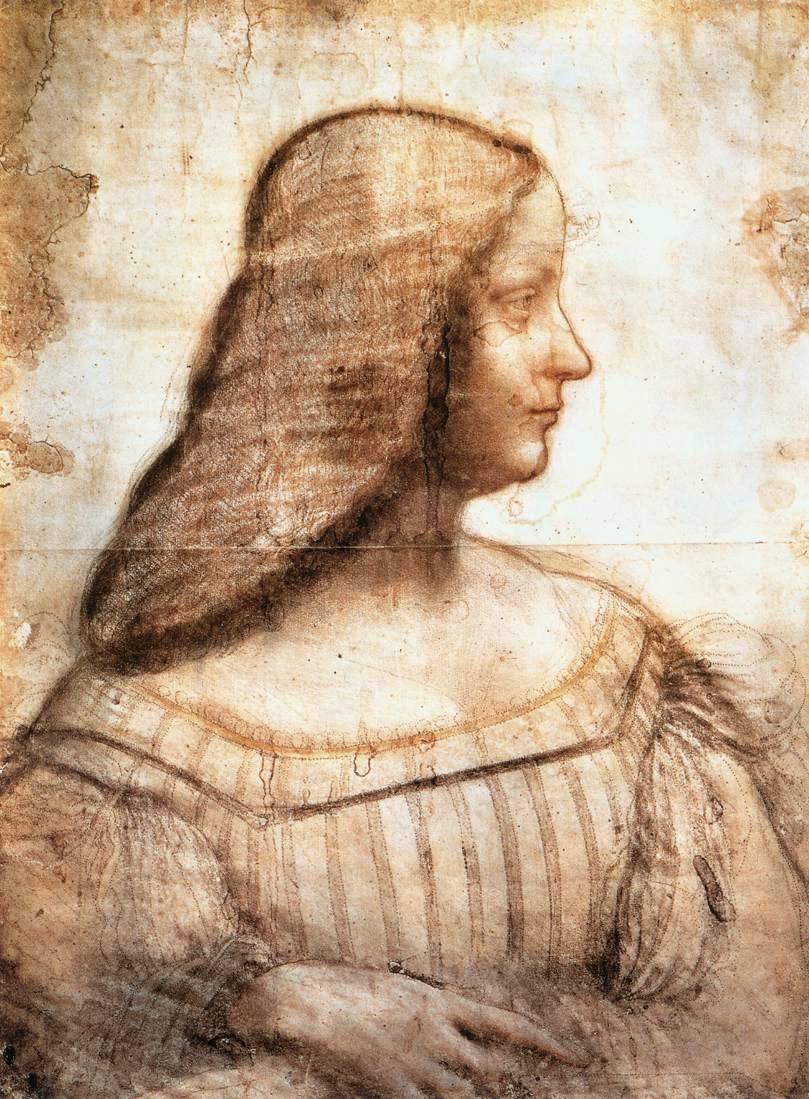 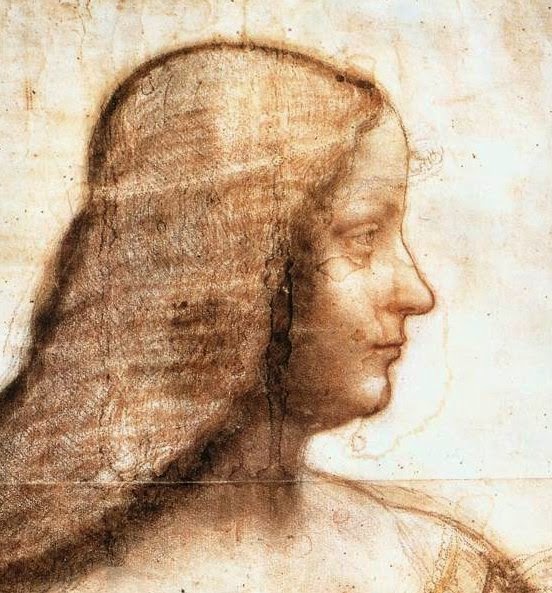 The cartoon shows the portrait of Isabella d'Este. Holes were made in it so that it could be transferred, but these perforations do not match all the details of the drawing precisely, in some places correcting them with great sensitivity. Leonardo probably produced these perforations himself. The cartoon has clearly been trimmed and is in a poor state of preservation, so that it is no longer possibly to state with any certainty whether the unusual colouring with coloured chalks was produced by Leonardo himself.

Posted by garret mcfann at 5:27 PM