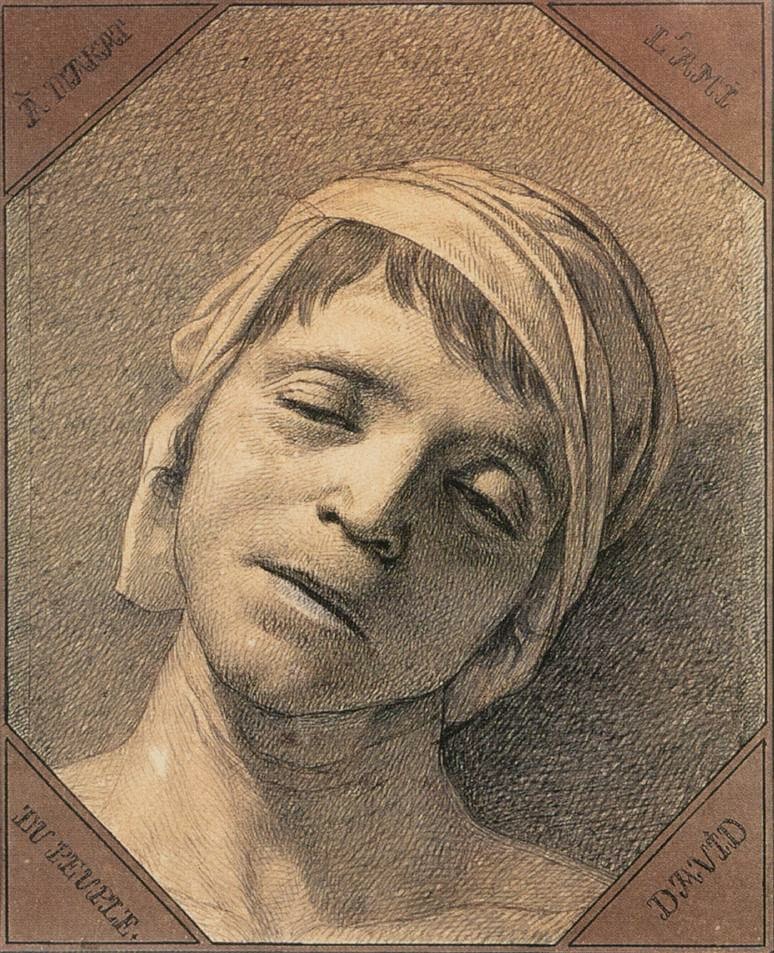 Web Gallery of Art
DAVID, Jacques-Louis
(b. 1748, Paris, d. 1825, Bruxelles)
1793
Pen, black and brown ink, 270 x 210 mm
Musée National du Château, Versailles
David probably drew Marat while the body was on display and this drawing, with its network of crosshatching in the manner of an engraving, isolates the head and produces a macabre yet powerful portrait of the deceased. As with the final painting (The Death of Marat) there is no suggestion of the violent act that had taken place, and in the four corners David wrote A MARAT /L'AMI/DU PEUPLE/DAVID (To Marat, The Friend of the People, David).