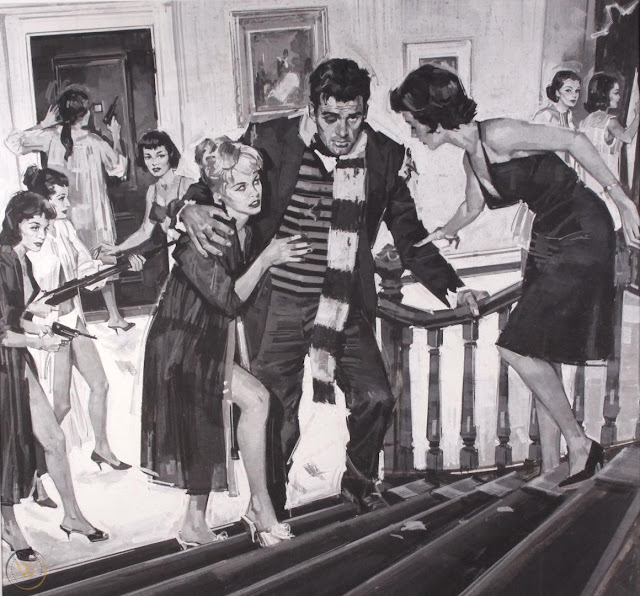 This is an original illustration attributed to James Alfred Meese  from a men's adventure magazine from the 1960's. The publishing source is unknown but could be from "Real Man", "Man's Illustrated", "Man's Conquest", or "Man's World". James Meese is known for paperback cover, pulp fiction illustration, figure and genre painting.
The piece was made to be reproduced in B&W and painted  in gouache on board. It is a classic eye catching image of a beat up handsome guy being protected by gun toting brothel women.  His work can be seen on tons of steamy pulp paperback covers from the 50's and 60's. 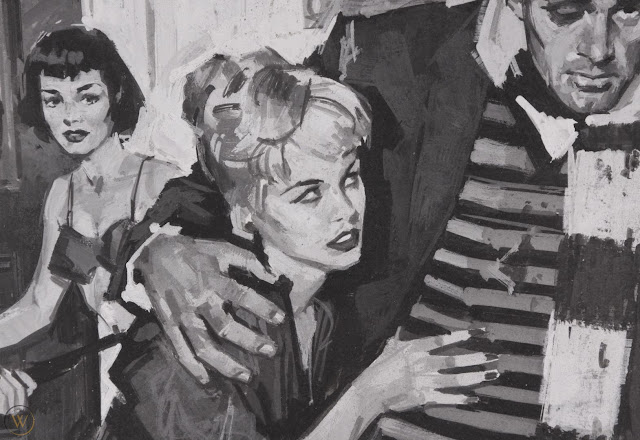 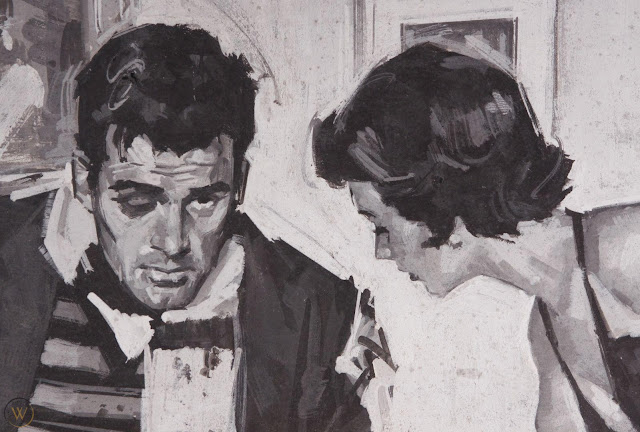 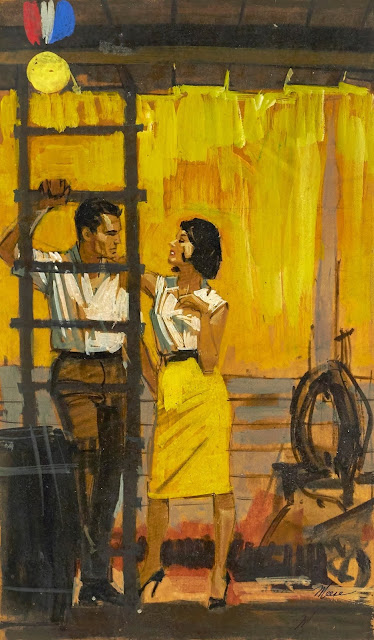 Todays Inspiration Group
Seems to be an unused preliminary sketch idea  for the Fawcett Gold Medal paperback book #1134, "God's back was turned" (1961). 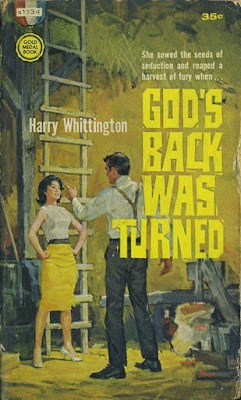 I like the other one idea better!
Posted by garret mcfann at 9:47 AM