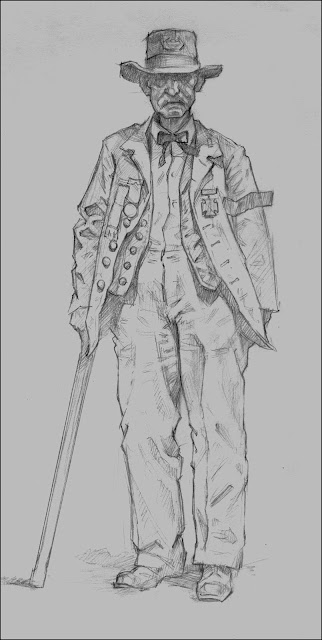 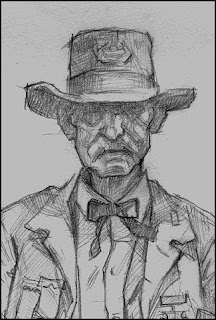 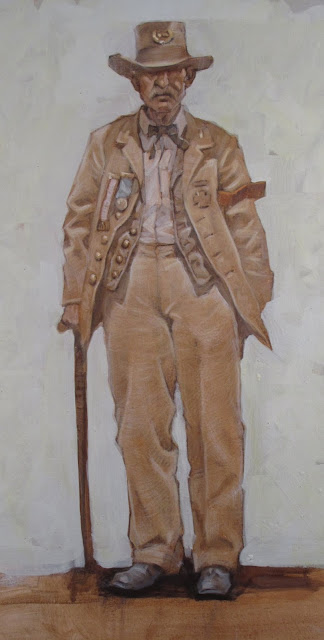 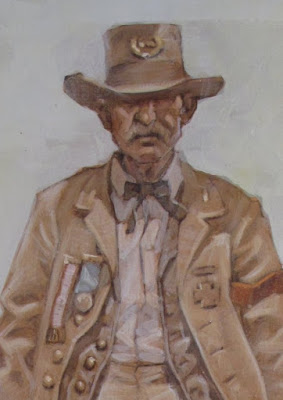 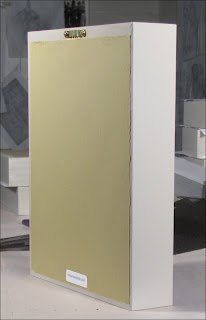 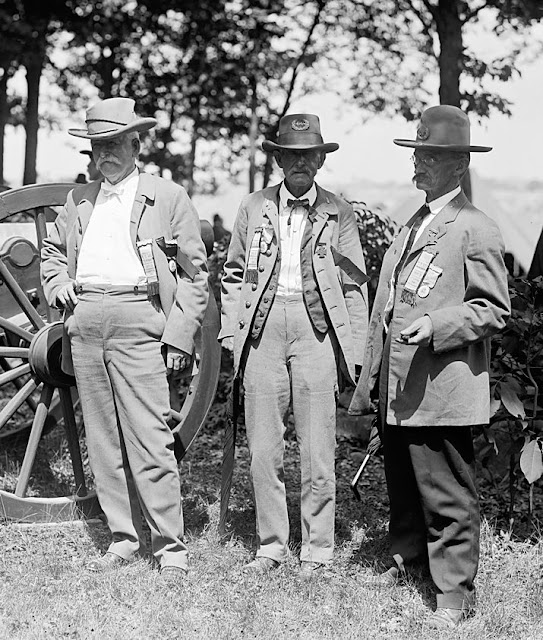 From the: Dead Confederates, A Civil War Era Blog

Three unidentified Confederate veterans at the Gettysburg reunion, 1913. The event, held between June 29 and July 4, 1913, the 50th anniversary of the battle, was the largest Civil War reunion ever held, with over 50,000 veterans in attendance. These three unidentified Virginians were among the approximately 8,750 former Confederates at the event. Each wears a ribbon (long, with fringed end)  marked “R. E. Lee Camp / No. 3 / Hampton, Va.” Each also wears a reunion badge similar to this one, though possibly with stacked rifles in place of the cavalry’s crossed sabres. The man at center, directly facing the camera, wears a single metallic bar on each collar, while the one at right wears two stars. These correspond, respectively, to Confederate officer ranks of Second Lieutenant and Lieutenant Colonel; do these indicate wartime ranks, or perhaps posts within the UCV? I don’t know. The two men at right also appear to wear the Southern Cross of Honor on their lapels, presented to veterans by the UDC. Photo by Harris & Ewing, via Library of Congress.

Posted by garret mcfann at 5:21 PM