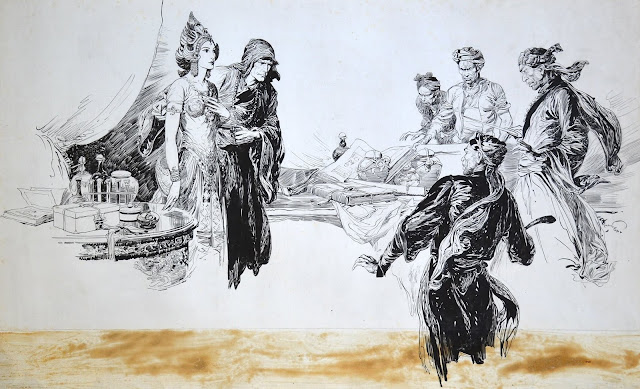 
I thought I’d post another John Richard Flanagan piece tonight, this time one of his published works. This appeared as a double-page spread in Collier’s, May 3, 1930, illustrating “Fu Manchu’s Daughter” by Sax Rohmer. The caption that ran with it reads: “We entered a little room upon which the big doors opened. This room was not empty. She was well guarded. And never can I forget her guards!” Unfortunately, a prior owner decided to make this art fit into a matte they had, which was too small for the piece, so they glued the bottom of the matte over the bottom of the illustration. I’ll be taking it to my restorer at some point in the near future to see if they can remove the glue residue. 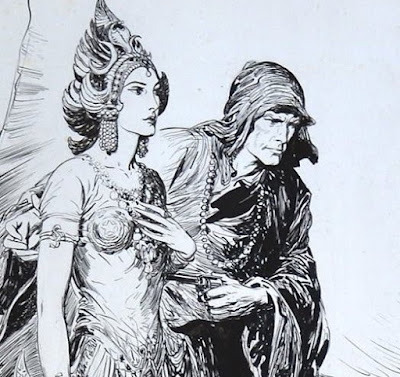 Posted by garret mcfann at 3:36 PM