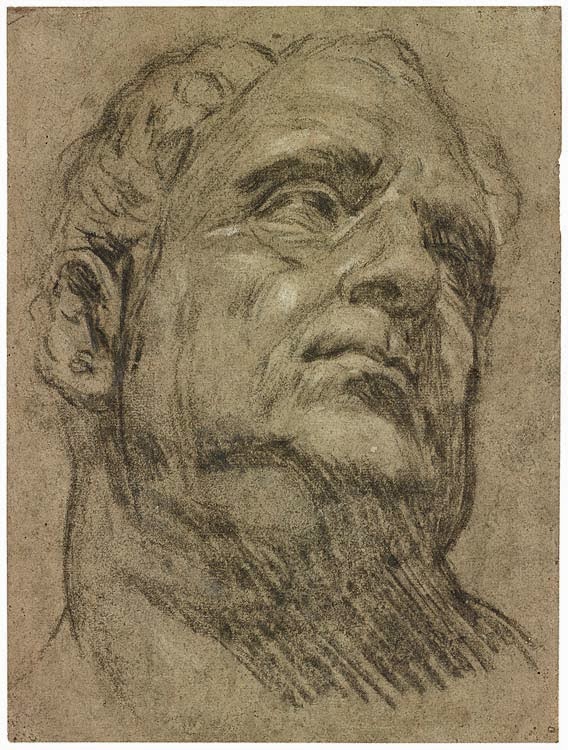 Roman Head (So-Called Head of Emperor Vitellius)
Charcoal, heightened with white chalk, on blue paper faded to brown
13 1/16 x 9 13/16 inches (333 x 249 mm.)
This drawing depicts a Roman portrait bust sent to Venice by Cardinal Domenico Grimani and exhibited in the Ducal Palace from 1525 to 1593. Traditionally it was thought to represent the Roman emperor Vitellius, famous for his indolence and gluttony. A plaster cast of this antique sculpture was documented in Tintoretto's studio.

About twenty studies of this bust by Tintoretto and his pupils are known. The present version portrays the head from a low vantage point, emphasizing the massive neck and jowls, with vigorous parallel hatching and sharp highlights making the figure look particularly alive and dramatic.