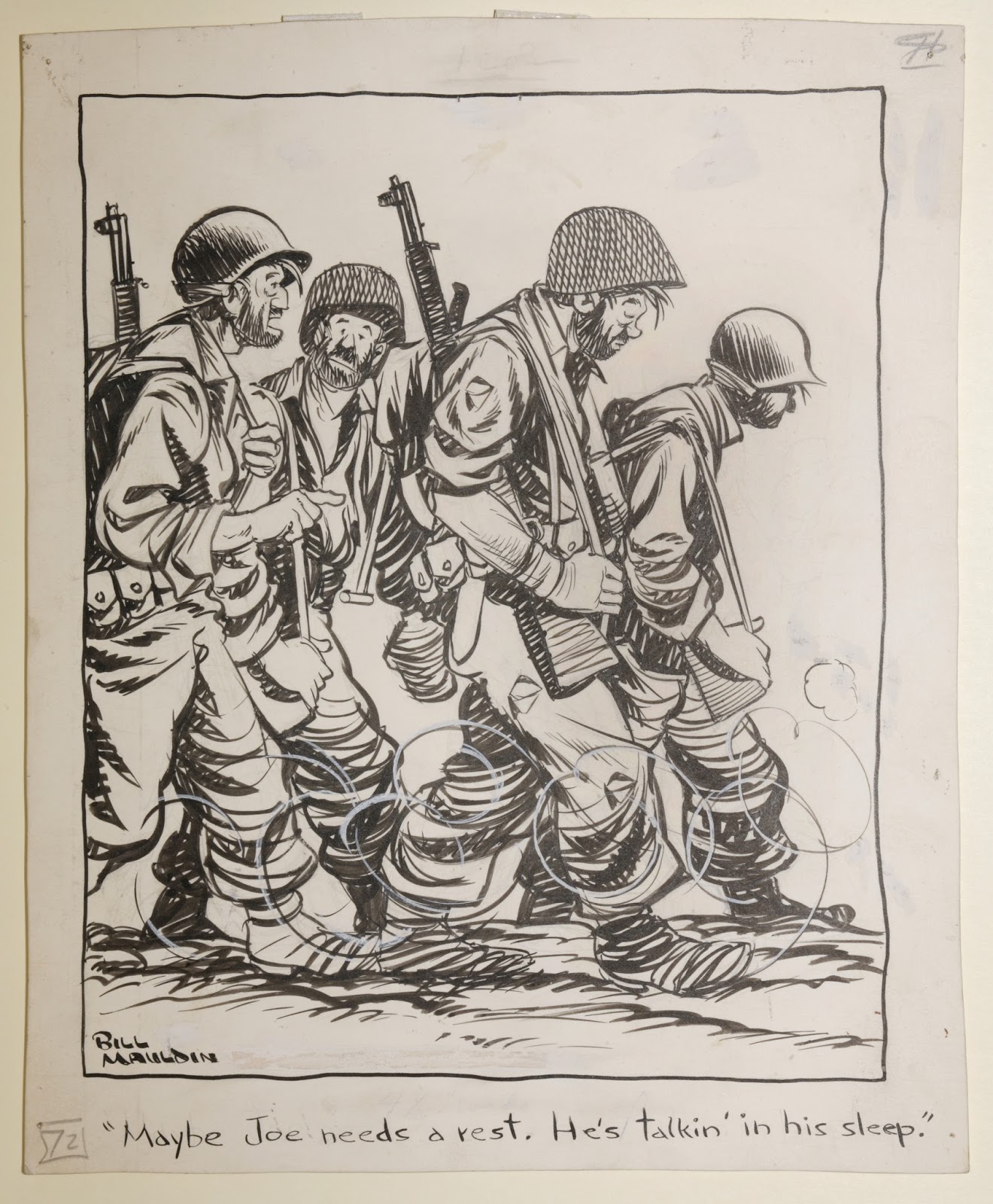 From:  the-lovgrens.com
From Wikipedia, the free encyclopedia


William Henry "Bill" Mauldin (October 29, 1921 – January 22, 2003) was a two-time Pulitzer Prize-winning editorial cartoonist from the United States. He was most famous for his World War II cartoons depicting American soldiers, as represented by the archetypal characters "Willie and Joe", two weary and bedraggled infantry troopers who stoically endure the difficulties and dangers of duty in the field. These cartoons were broadly published and distributed in the American army abroad and in the United States. 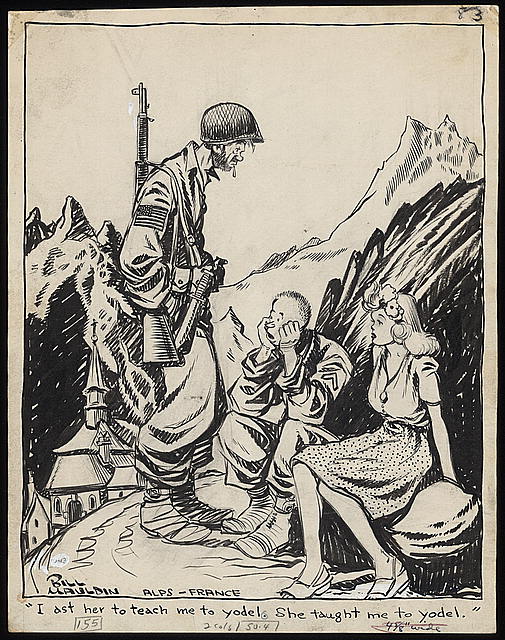 From the The Library of Congress
Posted by garret mcfann at 6:42 AM